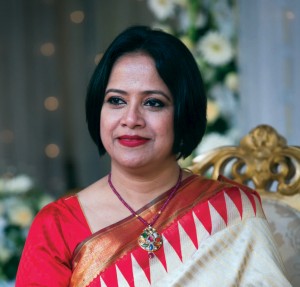 The Department of Political Science offers Bachelor of Social Sciences (BSS) Honours, Master of Social Sciences (MSS), Master of Philosophy (MPhil) and Doctor of Philosophy (PhD) programmes. In each academic year more than two hundred students are enrolled in its BSS Honours programme while a fairly good number of students get admitted in M Phil and PhD programmes. Moreover, the Department also runs Master in Governance Studies (MGS) programme for graduates and professionals. The Department publishes a journal, organizes lectures, discussions and special seminars on domestic, regional and international issues of importance. Since its inception the Department has been maintaining an engaging academic atmosphere for both students and faculties to enhance their knowledge and analytical skills. The Department is deeply committed to maintain this in future.

The Department of Political Science has made enormous contributions in the history of Bangladesh. Its students and faculties wholeheartedly participated in critical events in the democratic struggle from Language Movement to Six Points Movement to Mass Uprising to Liberation War. In independent Bangladesh it has continued to make its mark. The Department has always constructively engaged with political parties in nation building and state building initiatives through quality research, policy drafting and presence in the media. In addition, it has a record of excellence in students pursuing extracurricular activities such as sports, debates, cultural programmes, little magazine publication and voluntary work.

Struggle for Independence and Liberation War

The students of the Department of Political Science have actively participated in the creation of Bangladesh through the twenty-four years-long struggle for independence and heroic liberation war. One of the martyrs of the 1952 Language Movement Abul Barkat was a student of this department. Abdur Razzaq and Saifuddin Ahmed Manik, two other pupils of this Department, were organizers of movements against the military rule and the education commission in 1962, and 11-point student movement in 1969. Many students of this Department have actively participated in the liberation war. Obaidul Quader, R.A.M. Obaidul Muktadir Chowdhury, Md. Shamsul Haq, M. Humayun Kabir, K. M Khalequzzaman and Shahjahan Kabir are few among the notable freedom fighters. Major (retd) Hafizuddin Ahemed, a student of this Department, was awarded Bir Bikrom for his gallant contribution in the independence war. Two young students of this Department, Syed Nazmul Haq and Nizamuddin Azad sacrificed their lives in the liberation war.

Achievements at State and Government Levels

Many students of this Department have a glorious presence at various levels of the state and government. A good number of former students have acquired constitutional posts such as Vice-president, Prime Minister, Minister, MP, Chief Justice, Attorney General and the Chairman of Public Service Commission. A large number of former students have also served in important posts such as secretary, ambassador and Inspector General of Police.

Three former students and a teacher of the Department of Political Science have served as advisers of the Caretaker Government on different occasions. They are Professor Dr. Najma Chowdhury, Barrister Mainul Hosein and M. Hafizuddin Khan.

Professor Tasneem Siddiqui, a serving teacher of this Department, has led three important policy processes of three governments of Bangladesh. These are National Strategy of International Labour Migration in 2001, Overseas Employment Policy, 2006 and the National Strategy on Climate Change and Disaster Induced Internal Displacement in Bangladesh 2020.

Many former students have made commendable contributions in different sectors including literature and sports. Such three respected names in the world of literature are Burhanuddin Khan Jahangir, Ahmed Sofa and Shahidul Zahir.