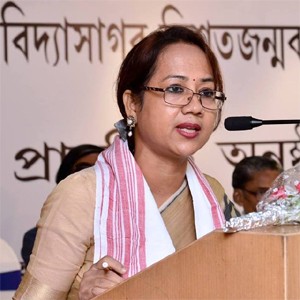 The Sanskrit department is one of the renowned departments among the 11 (eleven) departments of the Faculty of Arts which was started in 1921 with the establishment of Dhaka University. In the beginning it’s name was “Department of Sanskritic Studies and Sanskrit & Bengali”. There were six teachers among those Mahamahopadhyaya Haraprasad Shastri was the head of the department and Muhammad Shahidullah was the lecturer of Bengali. There were two streams of curriculum Ñ Sanskritic Studies and Sanskrit & Bengali. Each stream had a different syllabus and degrees were awarded accordingly. In 1937, two separate departments, the Sanskrit Department and the Bengali Department were established, but after the partition of the country in 1947, there was a serious setback in the teaching of Sanskrit.

Currently, the Department of Sanskrit offers a four-year B.A (Honours) course and one-year Master’s course. A four year semester system of teaching and letter grade system of evaluation have been introduced at the B.A Honours level from the academic year 2006-2007. Here are also M.phill and Ph.D programmes.

The website of the department contains necessary notices, information of the activities and functions, syllabus, publications etc. and consequently plays very important role to disseminate the past of the department as well as present activities. I appeal that curriculum activities of the department will be further promoted in joint efforts by teachers and students of the department. In this purpose, this website will play a collaborative role. Thanks from the core of my heart to the devotion of teachers, students, researchers, stuff, the university authority, our friends and partners in various sectors and very special thanks to those who properly maintain the site.