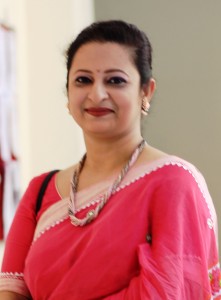 Department of Robotics and Mechatronics Engineering

She is a Senior Member of IEEE and a Fellow of Bangladesh Computer Society. She received her Ph.D. Degree in Computer Science and Engineering from the University of Dhaka. Actively involved with research, Dr. Jamal has around sixty research publications in reputed international journals and conferences. She also got best paper award in an International Conference. She attended various seminars, conferences and workshops internationally. She delivered invited talks in South Korea, the USA, China, Sri Lanka and Malaysia. Her research interests include Robotics and Intelligent Systems, Gender and Diversity, STEM Education, VLSI Design and Reversible Logic Synthesis.

Dr. Jamal is currently serving as the President of Bangladesh Women in Technology (BWIT) which is dedicated to mobilizing women involved in different levels of the technology industry and to create a wide range of professional development and networking opportunities and making meaningful contributions to the growth of Bangladesh. She is the Founding Director of Bangladesh Flying Labs which is a hub to connect robotics and tech researchers and enthusiasts from home and abroad for social justice, equality and development. She is also serving as the Vice-President Bangladesh Open Source Network Foundation (BdOSN) which aims to create a youth community empowered with technology, innovation and knowledge and to bring more girls into STEM education and the ICT profession. She has had a significant role to raise the awareness of computer programming in female students of Bangladesh